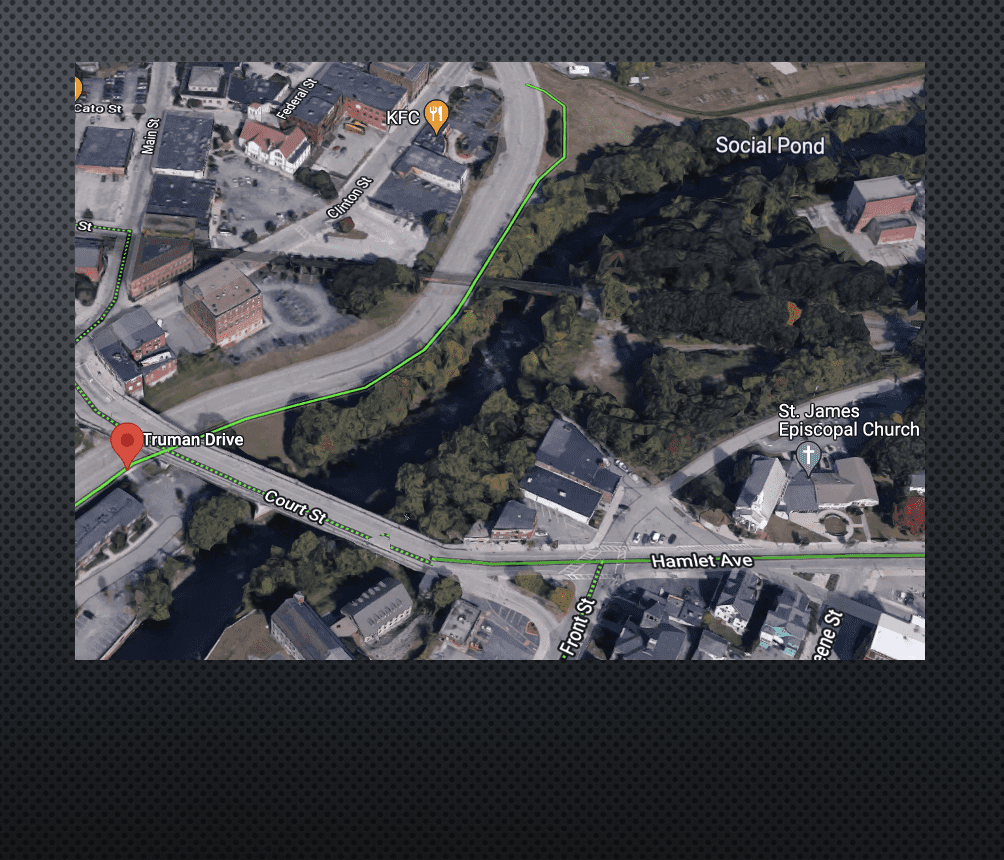 “Two weeks ago, we lost our first client of the year to overdose who was struggling with homelessness and addiction. This individual was a long-time resident, he was a son, a brother, he had ties to a local church, and he viewed Woonsocket as home,” said Benedict Lessing, Chief Executive Officer at Community Care Alliance, in Woonsocket.

Lessing continued, “The person was living outside but I can’t say where as I don’t know but based on feedback from our staff, he was chronically homeless. He got out of the cold his last night which is when he overdosed. His friend reported to our staff the next day that he thought he died. Our staff immediately went to this person’s apartment and tried to revive client while also calling 911. We were too late as he was pronounced dead at the hospital.

We often see an uptick in drug use as individuals become disheartened, depressed, disappointed for the lack of shelter. It is the only way some folks know how to cope with an awful situation. We often see the reverse once shelter is secured, health improves overall.”

Two homeless encampments were removed after notice was given to those living in the tented areas in Woonsocket and Warwick.

A Woonsocket homeless encampment was being used by an estimated 9 people, and was on state property according to Lisa Baldelli-Hunt, mayor of Woonsocket. It had become a health hazard to others who use the area for walking, biking, etc. After a last 20-30 minute notice to anyone at the area, DPW removed all tents and items into a dumpster and the property was cleared. Noticeable trash, including drug paraphernalia could be seen on one television news report. Those living there had all been offered emergency shelter according to the Mayor, though some said they had nowhere to go.

Woonsocket Department of Public Works Director, Steven D’Agostino, told the Providence Journal that people “were warned weeks ago that they needed to move. They were given options of different places to go. It’s not a surprise”. He commented about several of the nonprofit organizations operating in the city [on the homeless issue] – “He observed that there are several nonprofit organizations operating in the city: “Maybe they should be doing better.”

Benedict Lessing, CEO of Community Care Alliance in Woonsocket said his “staff were involved very early from the onset of this encampment being bulldozed, and are working with nearly all of the 9 affected individuals. At present, we are working with the State’s Coordinated Entry System (CES) in an effort to assist these individuals with access to nearby shelter resources, preferably at the Northern RI Shelter which CCA operates in Smithfield.

The Northern RI Shelter is currently providing shelter for 60 adults and children; the facility’s capacity is near 80. Since opening, we have been accepting referrals from CES for individuals and families from throughout Rhode Island, some of whom were in previous hotel voucher programs and recently, a number of families identified by DCYF. It is clear based on the need across RI, the Shelter will be at capacity shortly. Note: the figure 60 was originally reported as 6, said to be a typo from the agency.

Bulldozing encampments is never a solution; it only adds to the trauma that many unhoused people have already experienced. Where Woonsocket is concerned, we have advocated to State Officials for months regarding the burgeoning problem we have been seeing locally and the need for more shelter resources to assure the safety of the unhoused.

The larger issue here is that the State has a housing and homelessness emergency. Until State and local elected officials see this fact and work with non-profit organizations to address this problem, the situation will only worsen. People need to be treated with dignity rather than be blamed; this is a problem that can be solved.”

NEW: The Northern RI Shelter is the hotel in Smithfield – the Sure Stay Hotel – leased by the state for $1.44 million, and turned over to CCA just after Thanksgiving. As of today, there are 77 people at the Shelter. 39 rooms are occupied. They have 6 referrals that are coming to them today or tomorrow.  2 are couples, so this will bring them to a total of 85 adults and children. They will have 5 rooms left when they admit all of this in process referrals.

The homeless encampment in Warwick that was cleared was near a 295 on/off ramp. We reached out to Warwick Mayor Picozzi’s office last night but have not received a response – we will update this article when we do.

UPDATE 11am from Mayor Picozzi’s office: “The encampment in Warwick has been empty for many weeks. Shelter was found for all of the former residents. They took all of the possessions that they chose to keep and left behind what they didn’t want. What occurred yesterday was the state cleaning up the debris, which I believe was done by a private company.“

The RI Coalition to End Homelessness sent out several email solicitations for donations during the Christmas and end-of-year holidays. Saying private donations were being sought from those with “a longer-term vision of systematic change”.

A list of examples donations could support was provided. “A gift of $125 provides one tent and sleeping bag to one unsheltered Rhode Islander.”

The Coalition also sought donations to support the Rhode Island’s PIT Count (Point in Time) set for Wednesday January 25th, 2023. The in-person survey of sheltered and unsheltered people experiencing homelessness takes place each year as a national requirement to count the unhoused on a single night in January. Those donations “will be shared via a gift card directly into the hands of an unhoused individual as a thank you for taking the PIT survey.”

A request for comment regarding the removal of the two homeless encampments from the RI Coalition has not had a response.

A request for comment from Josh Saal, the housing ‘czar’s’ office, via Chris Raia, from Duffy and Shanley, spokesperson for the housing office, as well as numerous requests since the Christmas holiday, did not get a response.

A request for comment from Matt Sheaff, senior communications staff for Governor McKee, noting the lack of response from Saal’s office, has yet to have a response.

The Coalition to End Homelessness offers Housing Clinics on the second Tuesday of every month at Smith Hill Library, 31 Candace Street, Providence from 10am to 12pm. Housing Clinics are open to the public and offer assistance with filling out housing applications, locating apartments and/or contacting landlords.

Upcoming Housing Clinics are on January 10th, February 14th, March 14th and April 11th, from 10am to noon.

NEW: As of today, Amos House is caring for approximately 150-160 nightly at the Armory, per Eileen Hayes. They have 150 cots in place.

This is a developing story and is being updated continuously.