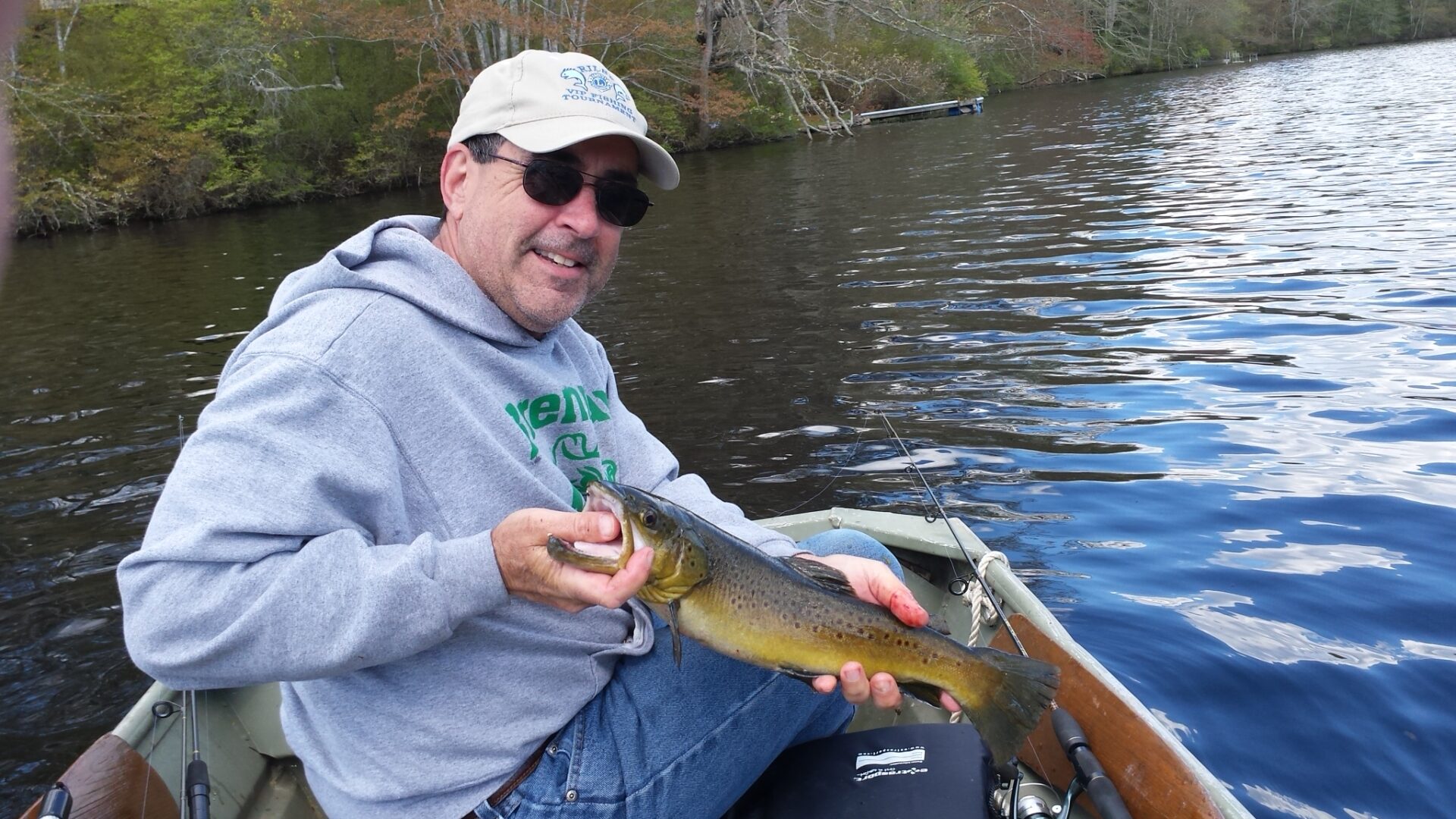 Well, Mother Nature is producing some decent springtime weather, finally, and the fish are responding in kind.

Trout are active in a lot of places; only you need to work for them. However, it is worth the time. Years ago, trout of 10-11″ were average with a 14″ trout very rare and exceptional.  Hats off to the RIDEM Fish and Wildlife folks as they are doing a phenomenal job with their freshwater fisheries program, as in my opinion, Rhode Island fish dwarf the trout stocked by Massachusetts and Connecticut. As the last 4 years have shown, the average size is 13″ to14″ with a 17″ to 18″ now the standard bar. Trophy-size trout are now commonplace, as well as the one my shipmate landed – this 19″ brownie on a bass rapala on Thursday. The limit of trout on the stringer pictured held nothing shorter than a 13″; everything else was 14-15″. Again, we have the RIDEM to thank for this great fishery.

Tip #1 – You will need to work for them but gold spoons/spinners are working very well for trout as of late. The upcoming sunny weekend mornings and early afternoons will help the flash of these lures. Also, don’t be focused on just trout lures. I had a pair of gentlemen from “A BETTER 401 FISHING” mention they caught trout on bass lures. I agree with that statement. Don’t at all hesitate to use a 4″ Rapala, or 3″ Yo Zuri or 3″ Cotten Cordell crank baits as well for trout. You will catch bass at the same time.

This writer has caught brook trout in Maine on Yo Zuri Green 3″ crank baits. Try some odd bass lures to coax the trout. Thinking outside the box brings great success! FYI, the 17″ Rainbow trout my shipment caught had a 6″ pumpkin rubber worm in its stomach.

Tip #2 – As this article was written on Thursday, the CDC eliminated the mask mandate indoors and outdoors for vaccinated people. All of us have been through hell the last year. Take some time to really enjoy the outdoors this weekend as Saturday and Sunday mornings into early afternoon are going to be great weather. Chance of showers late afternoon both days.

Here is to tight lines and the fish biting so well you need to bait your hook behind a tree.