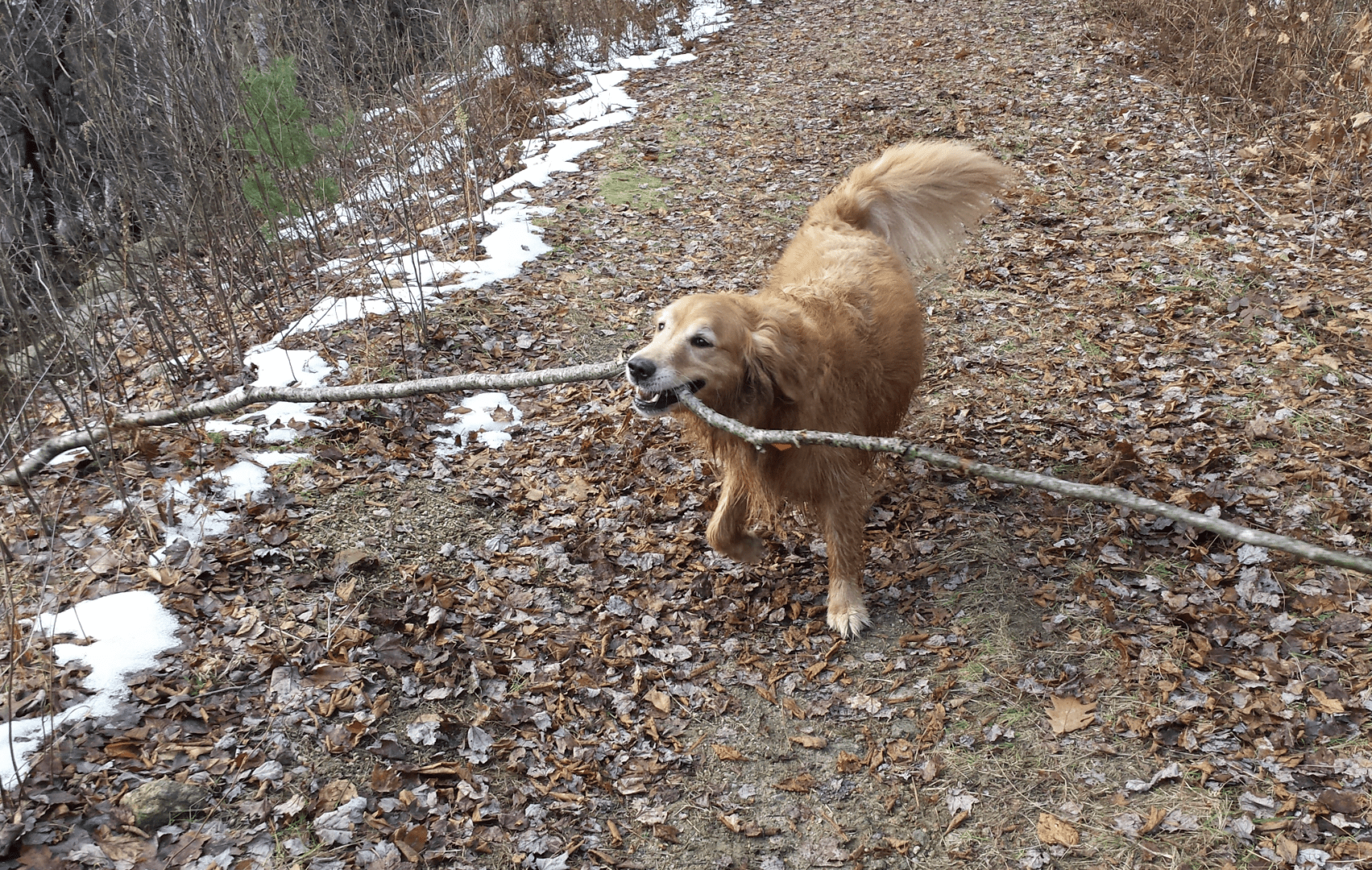 As the fall approaches and one wanders out into the outdoors to fish the pond banks and streams there is a problem to contend with. Deer ticks will be infiltrating these areas as well as a variety of new ticks.

Deer ticks are a problem most of the year, but September through November seems to be when they are most prolific. Certain areas of Rhode Island like Arcadia Management area and Carolina Management have often been infested with them in previous years. After a 4-hour hunt, I will stop counting the Deer ticks walking on my Golden Retriever at the 50 mark. Often a small cup will be filled with them by nightfall. This writer’s Golden Retrievers have encountered them even when the temp is 32F and 6 inches of snow on the ground.

Deer ticks carry some very toxic diseases like the infamous Lyme disease. (the author has many friends permanently infected with Lyme and also had a good friend die of Lyme-related complications.) Sadly, Jada, my  Golden Retriever, was infected with Lyme as a puppy, however, it was detected immediately.  She shows no sign of any lingering effects.  A gun club friend contracted Anaplasmosis from a tick and ended up in the hospital with a 105F body temperature.  He has since recovered. A bed and breakfast owner and colleague contracted Lyme, and Anaplasmosis simultaneously and was in the hospital for a couple of months.  She is recovering well.  While there is a Viable/effective vaccine for dogs, there is no vaccine yet for humans, though one is in clinical trials at the moment.  With Lyme disease a nationwide hazard hopes are there will be a vaccine soon, though.

If you find a tick walking on your person or dog, grab it and you can either burn it with a lighter or cut it in half with a pocketknife and that will kill it. If you are at home, you can also drop the tick into a small Dixie cup with some rubbing alcohol in it. If one has a few ticks on the dog at home, the latter may be a more reasonable and less time consuming option. When this writer finds one embedded in him or Jada, grasping it with sharp pointed “Revlon” tweezers and giving it a quick snap upwards will remove it. Care must be used to ensure that the mandible of the tick comes out as well as to not cause an infection. Years ago, there was a surge in microscopic Deer ticks that are the size of the period at the end of this sentence. “.”

In the picture, said tiny tick is placed next to a pin, and also a human hair to show size. These tiny ticks were a nightmare to find and even worse to remove. On a trip to Maine in 2014, three such ticks were removed from a now ex-girlfriend, with one of the ticks embedded in the inner ear.  She also now has long term Lyme Disease.  Like all Viral diseases Lyme is now in all Lower 48 US States and even the State of Maine with its bitter cold winters does not kill off the Deer tick population.

So, when you are venturing out in the woodlands or fields this Fall, weather to fish, hike, or hunt, check your self over extremely well as these diseases can be life altering events.  If you have a romantic partner, it gives you an opportunity to check each other out.  In fact, Country Singer Brad Paisley wrote a song about it.  “I’d like to check you for ticks”

See you on the waters’ edge!