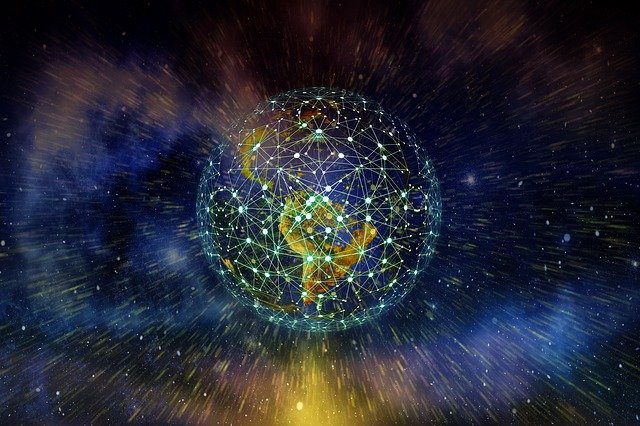 Diseases that we would see contained to one area of the world – such as Africa – are now moving around the world, as we all move around the world with more ease and frequency. Countries that were challenged economically as far as prevention, treatment and health programs, were once the centers of spread – now, more developed countries, such as the United States, are now exempt and we are seeing spread easily move from community to community. Recognizing travel and the movement of people and changing populations are key factors in the spread of diseases from flu to monkeypox – to whatever comes around the corner.

Pandemics such as coronavirus began to spread as people moved from China to other countries. Lockdowns or travel limitations were often too late and too politically compromised to make a big difference in control.

This week the WHO took the step to call Monkeypox as an urgent health emergency. This follows two children being diagnosed – an infant and a toddler – who developed the disease by exposure within a home where Monkeypox had infected at least one other person who got it through the identified means.

Today the first talk of Monkeypox being spread by contact with objects – bed linens, clothing, surfaces – came into the conversation.

This video hits the points that are known at this time:

Monkeypox virus is an orthopoxvirus that causes a disease with symptoms similar, but less severe, to smallpox. While smallpox was eradicated in 1980, monkeypox continues to occur in countries of central and west Africa. Two distinct clade are identified: the west African clade and the Congo Basin clade, also known as the central African clade.

Monkeypox is a zoonosis: a disease that is transmitted from animals to humans. Cases are often found close to tropical rainforests where there are animals that carry the virus. Evidence of monkeypox virus infection has been found in animals including squirrels, Gambian poached rats, dormice, different species of monkeys and others.

Human-to-human transmission is limited, with the longest documented chain of transmission being 6 generations, meaning that the last person to be infected in this chain was 6 links away from the original sick person. It can be transmitted through contact with bodily fluids, lesions on the skin or on internal mucosal surfaces, such as in the mouth or throat, respiratory droplets and contaminated objects.

Detection of viral DNA by polymerase chain reaction (PCR) is the preferred laboratory test for monkeypox. The best diagnostic specimens are directly from the rash – skin, fluid or crusts, or biopsy where feasible. Antigen and antibody detection methods may not be useful as they do not distinguish between orthopoxviruses.

Monkeypox presents with fever, an extensive characteristic rash and usually swollen lymph nodes. It is important to distinguish monkeypox from other illnesses such as chickenpox, measles, bacterial skin infections, scabies, syphilis and medication-associated allergies.

The incubation period of monkeypox can range from 5 to 21 days. The febrile stage of illness usually lasts 1 to 3 days with symptoms including fever, intense headache, lymphadenopathy (swelling of the lymph nodes), back pain, myalgia (muscle ache), and an intense asthenia (lack of energy). The febrile stage is followed by the skin eruption stage, lasting for 2 to 4 weeks. Lesions evolve from macules (lesions with a flat base) to papules (raised firm painful lesions) to vesicles (filled with clear fluid) to pustules (filled with pus), followed by scabs or crusts.

The proportion of patients who die has varied between 0 and 11% in documented cases and has been higher among young children.

Treatment of monkeypox patients is supportive dependent on the symptoms. Various compounds that may be effective against monkeypox virus infection are being developed and tested.

Prevention and control of human monkeypox rely on raising awareness in communities and educating health workers to prevent infection and stop transmission.

Most human monkeypox infections result from a primary animal-to-human transmission. Contact with sick or dead animals should be avoided, and all foods containing animal meat or parts need to be properly cooked before eating.

Close contact with infected people or contaminated materials should be avoided. Gloves and other personal protective clothing and equipment should be worn while taking care of the sick, whether in a health facility or in the home.

Populations have become more susceptible to monkeypox as a result of the termination of routine smallpox vaccination, which offered some cross-protection in the past. Vaccination against smallpox with first generation vaccinia-virus based smallpox vaccine was shown to be 85% effective in preventing monkeypox in the past. Family and community members, health workers and laboratory personnel who were vaccinated against smallpox in childhood may have some remaining protection against monkeypox.

Frank conversations and avoiding stigma is important as we address this disease – you can view detailed information and tips, here: