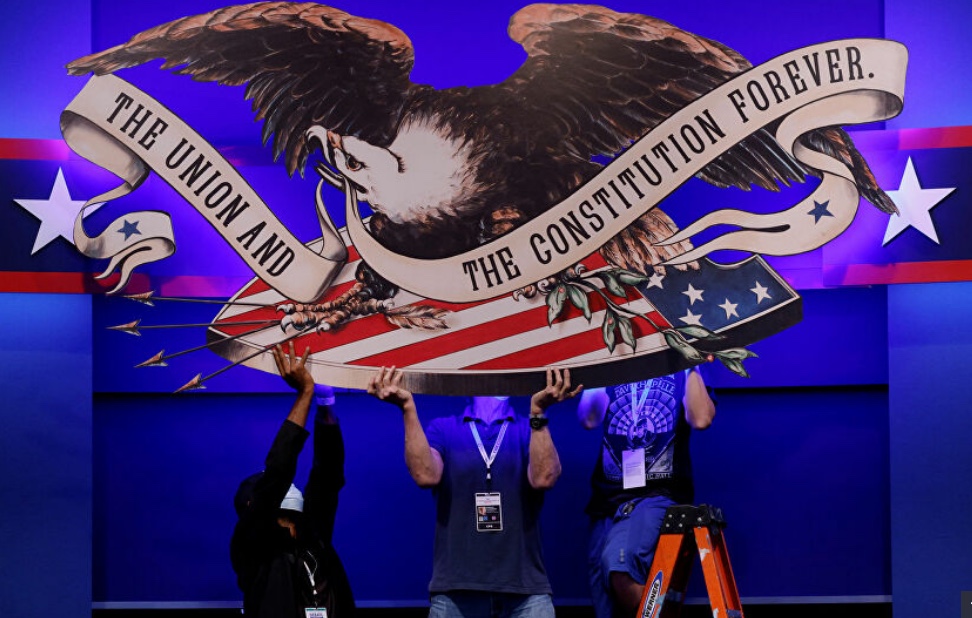 There was an expectation of huge television numbers for the first of three debates between President Donald Trump and Democratic candidate, former VP Joe Biden.  And yet, it was not expected that the debate would sway many voters.

While the television numbers were huge to begin with, many people bowed out of the debate after 30 minutes, with drop-jawed reaction at the decorum, or lack thereof, between the candidates and Chris Wallace, the struggling moderator.

It is estimated that only 6-10% of people remain undecided in who to vote for for President, according to an NBC poll. An exit story after the debate rendered comments indicating that there was more negative feeling about Trump, but not a positive feeling for Biden. To those who could go either way, comments like this one, from an NPR poll, show the confusion of the American voter – and hopefully not the apathy that would result in not voting: “I would be wrong to make a decision based on one performance and a couple of soundbites. I don’t think that would be very fair. But they would have to do a lot at this point to change my mind.”

But, if polls are accurately measuring, those who are called “the base” on both sides were not swayed to leave their candidate for the other and the debate did little to help the undecided to decide. Perhaps a true indicator of the final election totals, 50% declared one side the victor, 50% declared the other side. Or close to those numbers.

Candidate Biden was up early to catch his Train tour back to Delaware, doing mini-speeches at the stops along the way – often to a group of staff and supporters numbering less than 100, with loyal media in tow.

President Trump, known for his early-morning tweets was silent until about 9am. He will be addressing a large rally in Minnesota tonight. In speaking to the media before he left he addressed the 100K incorrect mail ballots found in New York and his concerns about voting.

Early in the afternoon, the Commission on Presidential Debates released this statement:

The Commission on Presidential Debates sponsors televised debates for the benefit of the American electorate. Last night’s debate made clear that additional structure should be added to the format of the remaining debates to ensure a more orderly discussion of the issues.  The CPD will be carefully considering the changes that it will adopt and will announce those measures shortly.  The Commission is grateful to Chris Wallace for the professionalism and skill he brought to last night’s debate and intends to ensure that additional tools to maintain order are in place for the remaining debates.

If you missed the 90-minute debate you can watch it, here:

The next Debates scheduled are: