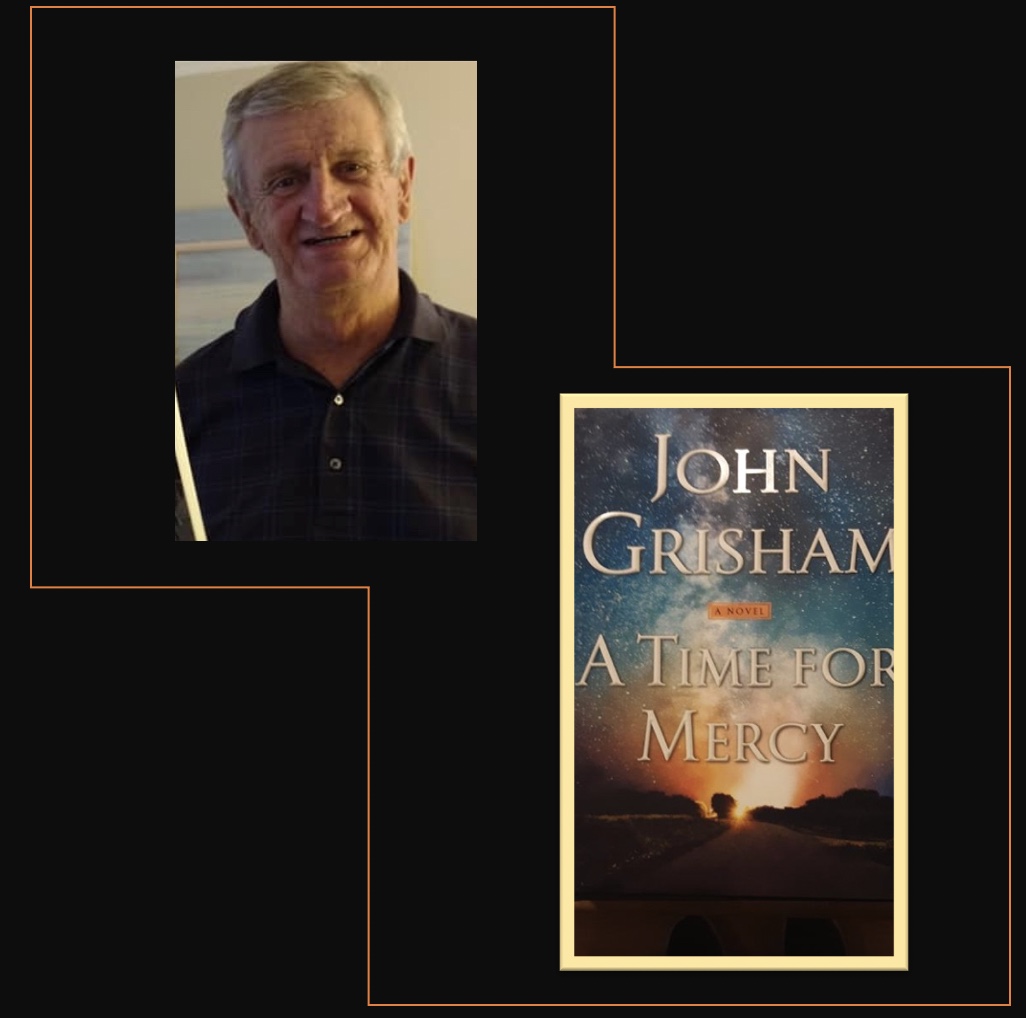 A Time for Mercy – a book review by Jim Raftus

A TIME FOR MERCY – JOHN GRISHAM

John Grisham had an amazing streak of twenty eight novels consecutively reaching number one on the best seller list. Nine of his works have been made into successful movies. He is, obviously, one of the most popular writers of our time.

A majority of Grisham’s books are courtroom related as he mines his own experiences from a decades long career as a trial lawyer. His latest novel, A Time for Mercy, returns to very familiar territory. It is the third story featuring Jake Brigane, a lawyer in the fictional town of Clanton, Mississippi.

In A Time for Mercy Jake attempts to juggle two cases simultaneously; one criminal murder case and the other a civil suit involving a tragic train/car accident. The cases are unrelated other than the financial stress placed on Jake and his family in pursuing the expensive litigation against the railway company.

Grisham’s practiced eye and skillful writing introduce us to a plethora of small town characters with their tics and foibles, although at times the author veers into lazy stereotypes. As early as page 1 the main miscreant is described as follows, “ Stuart Kofler was a sloppy, violent drunk. His pale Irish skin turned red, his cheeks were crimson, and his eyes glowed with a whiskey lit fire…” And, of course, Ozzie Walls, the popular black sheriff in a mostly white town, was a local football star whose NFL career was ended by an injury.

One of the challenges for all mystery/thriller writers is to create both foreshadowing of true events and feasible “red herrings” to keep readers off balance as to the actual outcome. Grisham has been a past master of this difficult skill, but in A Time for Mercy the feints and dodges seem too obvious.

Perhaps the burden of creating two parallel plots waters down the impact of the main story. For a 464 page book, which will be blurbed as another “Grisham courtroom novel”, it is a problem that the reader does not reach the actual trial until page 357. Now that’s a very long prelude.

Besides Jake Brigane, many of the characters here were featured in Grisham’s first novel, A Time to Kill, published in 1989. Incidents of rape and murder ignite both works but there was a much heavier emphasis on Southern racism in the debut work as the accused was black. Themes covered by the new A Time for Mercy include juvenile defenders and capital punishment. Grisham served as a Representative in the Mississippi House from 1984 to 1990 and has long been an opponent of capital punishment. One could speculate that the title, A Time for Mercy may be Grisham’s homage to the powerful 2014 expose of the Deep South’s capital punishment record, Just Mercy, penned by Bryan Stevenson.

After finally placing us into the courtroom, the author deftly, but briefly, describes the ordeals of witnesses, advocates, the defendant and jurors as the tale reaches its conclusion.

However, the real mystery is how Grisham, a writer with great talents, seemed to run out of steam and left so much unresolved. Perhaps another Jake Brigane book is in the works which will tidy up the many loose ends.

The final question is whether Grisham, a noted baseball fan, has lost his fastball.

The jury is still out.