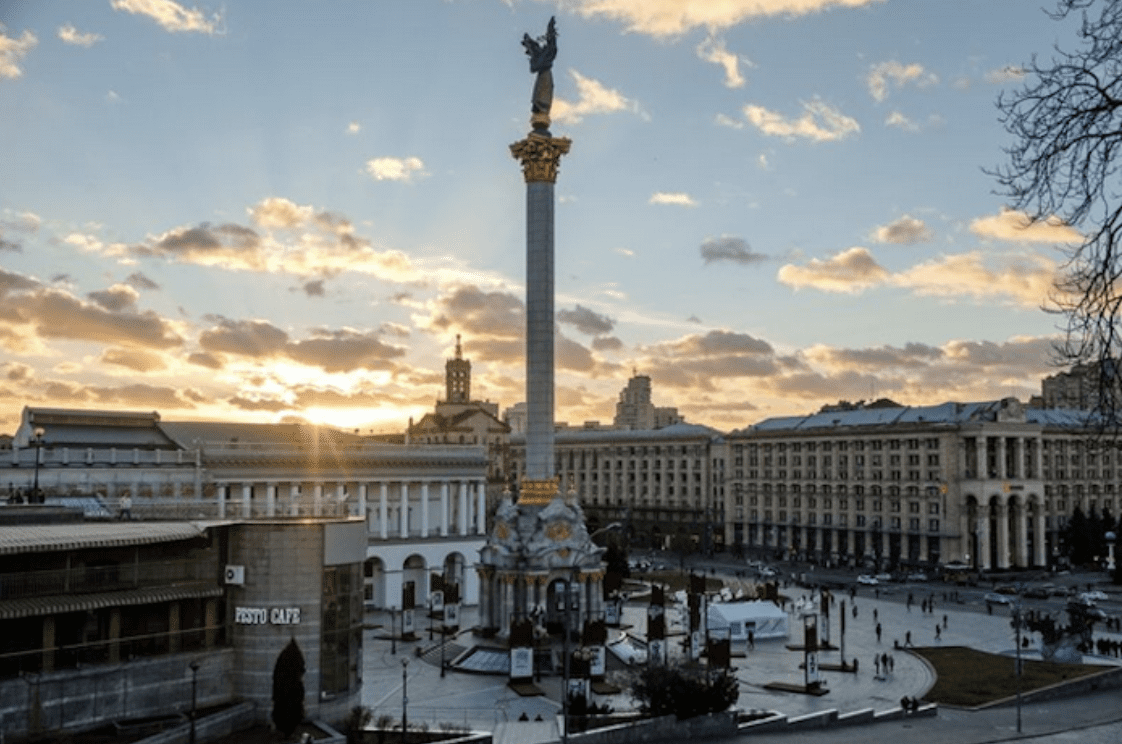 by David Brussat, Architecture Here and There – contributing writer on architecture

I feared last night that in posting photographs only of Lviv, and for describing Ukraine’s capital of Kyiv as a “mixture of old and new” (in my book, a quasi-dismissal), I might be properly rebuked, and so I have been. A friend writes: . Bombing Kyiv is comparable to bombing Venice or Paris. There has not been enough coverage of this immense loss that the Ukrainians are suffering of their centuries of heritage. I’m glad you have covered Lviv, please do more coverage.. Kyiv – Kiev under the late Soviet era – is now under attack by Russian forces unleashed by Vladimir Putin. The capital’s defenders have bravely slowed and even halted the attack outside of Kyiv as a lengthy convoy of military equipment tries to deploy around the embattled city. As I pointed out in “Holding our breath for Lviv” last night, “the beauty of Ukraine, and especially of its cities, girds the courage of its soldiers and citizens in the defense of their independence and sovereignty.” . So here are some photographs of Kyiv drawn from the internet, mostly from websites devoted to touring the Ukrainian capital. .